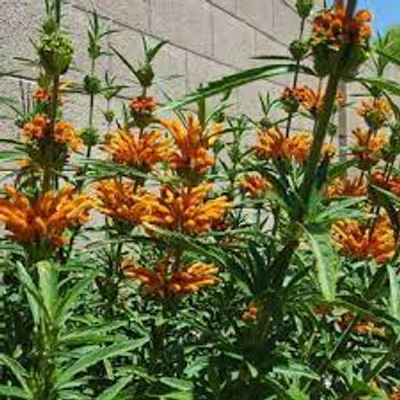 Wild dagga is an easy to grow perennial that is drought tolerant but love s a bit of the extra water. orange flowers that attract hummingbirds and people alike form in beautiful clusters during the summer months.

Leonotis leonurus is beleaved to be used by the hottentot tribe and is widely known as a marijuana alternative by many ethnobotanical enthusiasts. Although it does seem to have relaxing properties it more resembles a non stimulating version of nicotine as opposed to the feeling one would get from cannabis.